Pre-season training’s are every Tuesday and Thursday evening at 6.30pm. Training is at the Western Springs outer fields. All players are welcome!  Start dates for 2022 will be advised early in the new year.

The below contacts are responsible for steering their team towards the standard expected of a Ponies player, on and off the field. By doing so, the Club's values are upheld and the rich history extended by the players and members of this generation. It is their time.

The success we have at Ponsonby Rugby Club is often down to the hard work that our coaches and managers put in each season. The club has a full time Director of Rugby who supports all club coaches to ensure that they succeed and grow in the same way as our players. Coaches are encouraged to attend rugby clinics held by the ARU and there are internal coaching clinics held at the club. We are always on the lookout for coaches and managers; we can never have enough rugby people on board to look after our large player base.

The flagship team for any club is its Premier side, and none has been more successful in Auckland competitions than Ponsonby. From its first championship win in 1877 – before the Auckland Union was even formed – right through to today Ponsonby has been the standard which all other clubs have to reach. Ponsonby holds nearly every record in Auckland Premier club play; 33 Gallaher Shield wins including eight in a row between 2004 and 2011, 12 more Auckland Union titles before the Shield was presented, and four before the Union formed for a total of 49.

Ponsonby has provided more All Blacks that any other club (45), 37 Super rugby players, over 200 Auckland A players and more than 30 who have played for other unions as loan players.

To play for Ponsonby Premiers is, and has always been, a mark of achievement for any player in Auckland.

Women’s rugby is one of the biggest growth areas in the club, and the Fillies are the flagship team. We are the current Auckland Rugby Premier 15's Champions, winning the "Coleman Shield". In 2017, six members of the Fillies were chosen for the Black Ferns – a remarkable indication of the strength in the side. A women’s development competition, aimed at helping those who have little or no rugby experience and playing 10-a-side rather than 15s, is also under way and this is an opportunity the club is keen to take advantage of. The club sees this as a chance to build players’ skills to the point where they are firstly back-ups for the Fillies and then contenders for places.

As the name suggests, everyone in this team is regarded as a potential Premier player. Standards have to be kept high because injury, demands of selectors or any unforeseen event can mean promotion to the top team, and the player is expected to be able to fit in seamlessly. The team often trains with the Premiers, so players have an understanding of moves and tactics that are shared by both sides. At all times the intention is to bring the Development team players as close to Premier standard as possible.

For as long as the club has been around, young players have been regarded as vitally important to its welfare. In the 1880s Ponsonby was the first club to have junior clubs feeding talented youngsters into the parent club and, eventually, to the Senior team. As Auckland rugby grew Ponsonby always looked to Third Grade (Under-21, as it was then) as the finishing school for its best young prospects. Almost every player of note the club has ever had has done a year in Third Grade, getting the rough playing edges smoothed by talented coaches and learning about life outside rugby along the way. Some players have even been good enough to be chosen for Auckland while still playing age-grade rugby; Ben Atiga and Sam Tuitupou are recent examples.

Expectations are high every year because the club considers this to be such an important grade in the overall general health of the rugby programme; players are given the best help the club can offer to become better rugby players and more rounded young men.

First Grade caters for players over 20 who may have various playing ambitions or training availability. First Grade is effectively the Club’s Third XV and trains with the Premiers on Tuesday and Thursday nights. Players can and do use this team as a stepping stone into Premier grades. This team may also suit players that are keen to play competitively but are unable to train consistently.

The under-85kg grade is becoming more popular every year and is now the backbone of some clubs. Ponsonby has its own flagship team – the Herne Bay Hustlers – who are determined to secure the championship in what is a very difficult grade to win. Since their inception in 2013, the Hustlers have won a championship, amassed 300 dozen Speights in competition winnings, won over 80% of their games and had a lot of fun doing it.

The Hustlers are well organised and enjoy both rugby and social aspects of the game. They train Tuesday and Thursday nights, and offer good opportunities for smaller players who prefer to compete against similar-sized men.

For those whose body does not match the competitive streak anymore or those that enjoy a leisurely trot out on a Friday night or Saturday. This is normally for players over 35 years old that enjoy the comradeship that rugby brings and after match festivities! Ponsonby has two teams, the Puritans and the EP's and both nobly uphold social rugby conventions.

Formerly known as the Ponsonby Heroes, the NZ Falcons were established in 2013 and are Auckland’s only gay and inclusive rugby team. The Falcons currently play in the President’s grade but have ambitions to play at a higher level; their enjoyment of the social side of Ponsonby rugby is already at a very high level. Each year the Falcons contest the trans–Tasman Purchas Cup against three Australian clubs which they won in 2015. Every two years there is also the Bingham Cup, which is widely referred to as the Gay Rugby World Cup. 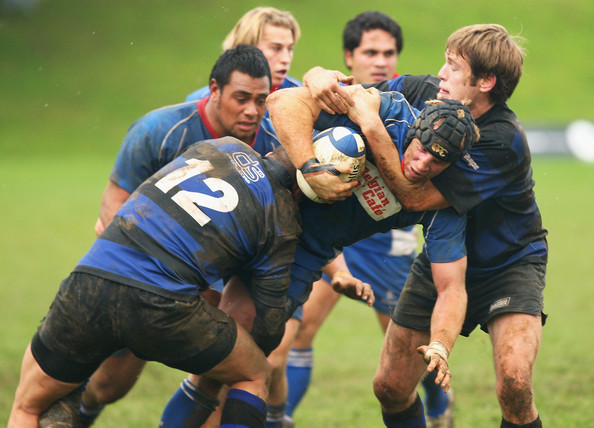 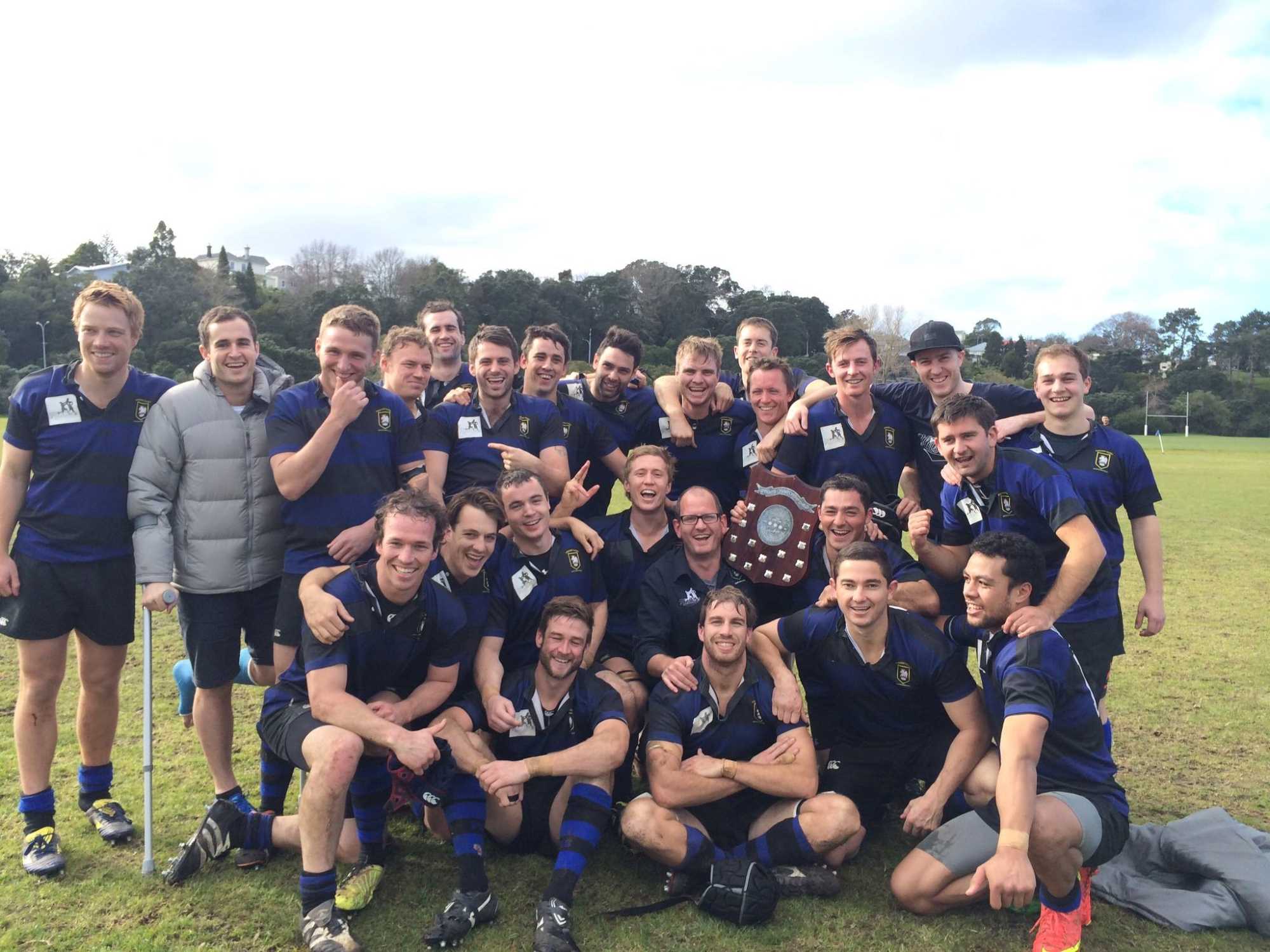 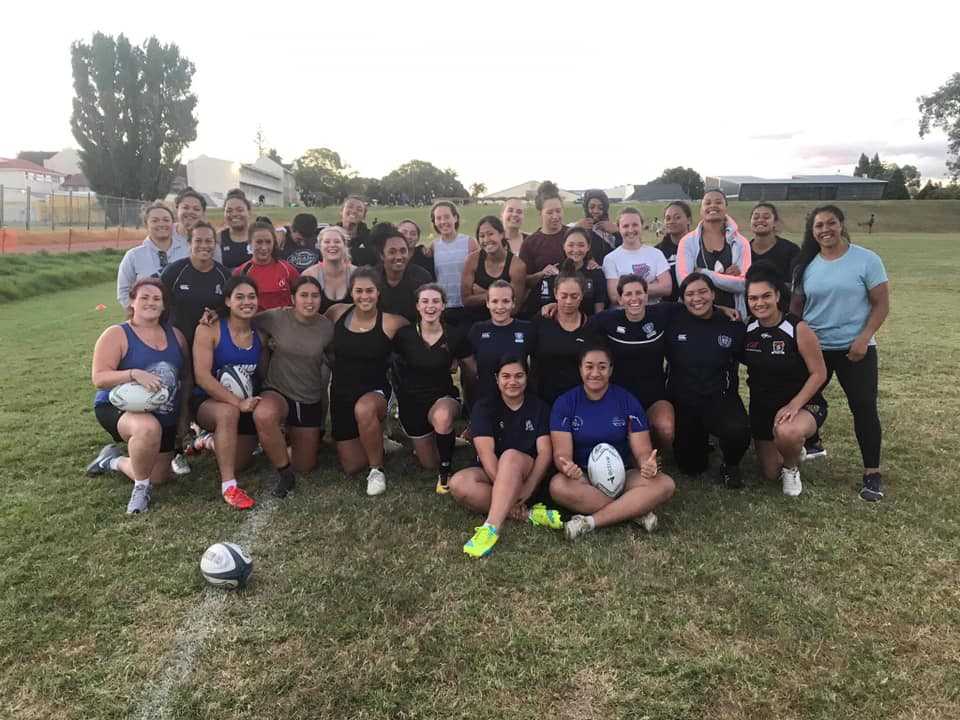